Provisioning and planning for mining operations require accurate borehole survey tools that ensure quality control. Wrongly classifying a core sample location, can lead to an economic or natural disaster. With millions of dollars invested in a mining operation, even the smallest error in a downhole survey tool’s accuracy can cost precious time and significant amounts of money. In the drilling industry mistakes cost more than money; they can result in significant damage to a company’s reputation or more importantly the environment.

Majority of drilling contractors rely on a borehole surveying instrument to make sure their drilling is as accurate as possible, but unfortunately, a large amount is still using outdated or inferior downhole surveying technology. By understanding the benefits of the latest north seeking gyro technology, drilling contractors will be able to produce better results and increase profits.

SPT was called by a client to Brazil to verify an unexplained deviation of data taken from a competitor’s downhole gyro. The well was 543m with an inclination of -58.30° measured from the horizontal. The competitor’s gyro survey device lacked the quality control features which led to unquantified errors that would have resulted in the invalidity of the geological mapping of the mine.

The competitor’s gyro attempted an in-run/out-run survey, which presented skewed results. To make sense of these results, the north seeking GyroMaster™ borehole survey tool completed a separate run using its advanced continuous mode. SPT’s proprietary Navibore™ Technology is instrumental in its ability to produce highly accurate borehole survey data. Capable of surveying at high speeds with no need to stop, this downhole technology allows the GyroMaster™ continuous mode to register data points at every cm. This type of precision is crucial in producing definite survey data from mining operations.

The objective of this comparison was to highlight the advantages of the GyroMaster™ and to deliver the client precise survey results. 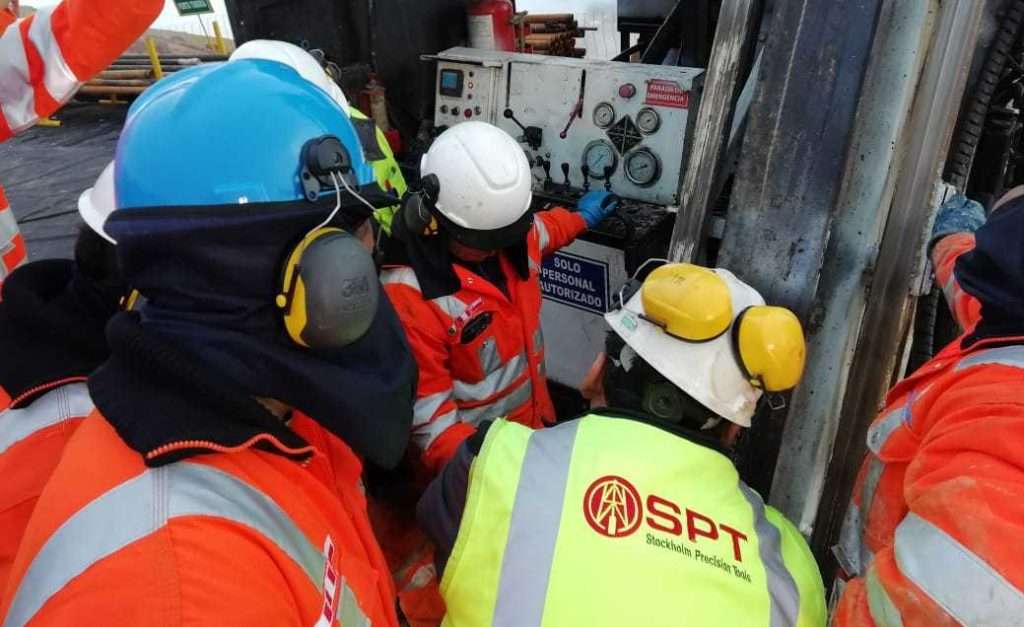 The GyroMaster continuous survey mode was able to reduce non-productive time (NPT) for the drilling operation by over 3.5 hours. This amount of savings over the course of a year is a significant number and helps increase the overall bottom line.

SPT’s north seeking borehole surveying instruments refer to True North, so there isn’t any need of declinations as it is oriented to an absolute reference direction.

Navibore™ Technology allows for the downhole survey autopilot to eliminate human error. This gives the  GyroMaster™ the ability to find and correct itself along a borehole survey path, eliminating all possibility of drift. This tool doesn’t need the collar azimuth, making it an absolute measurement without operator dependence.

The difference in accuracy between these 2 tools is astounding. The competitor’s gyro survey tool showed an offset of 6% in respect to the real bottom borehole emplacement; 6% means a 60m of uncertainty in a 1000m hole. That is the equivalent of half a football (soccer) pitch. Compared to the pinpoint accuracy of the GyroMaster, which had a 0.1%, which is the equivalent of only 1m of uncertainty in a 1000m hole. 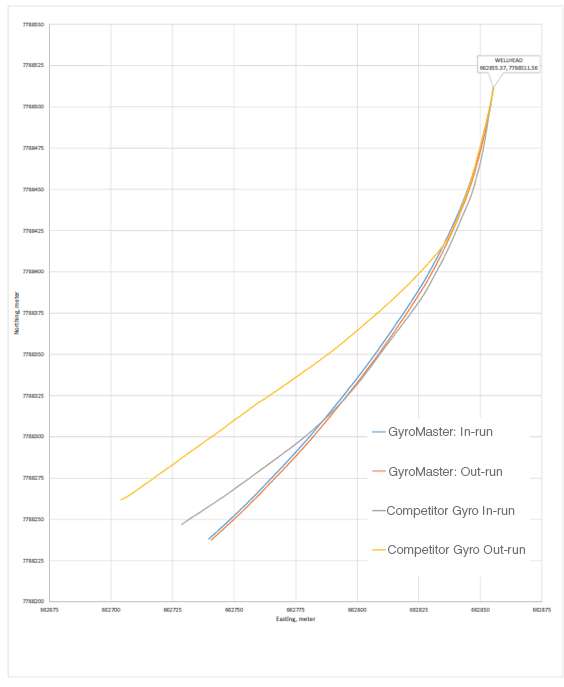 Sometimes easily overlooked, this comparison demonstrates the importance of a borehole survey tool’s accuracy for a mining operation. The data provided is essential to localize the core position in the three-dimensional global coordinates as an absolute system. A small error in accuracy could lead to a wrong calculation of natural reserves. This would be disastrous for a mine planning, as ore could be considered waste rock because of a wrong localization.

Another point to consider is that the direction of the downhole survey probe measured from the outside of the pipe is not the same as when measured inside the pipe. This is another source of error, which other downhole gyro survey tools often miss. From offering non-editable data to automated procedures which eliminate human error, SPT’s quality assurance measures are unparalleled in the industry. All of our design, production and manufacturing is done in-house, to give us complete control.

Thirteen at one go! A High Precision Survey Recorded By GyroMaster

New highlights for SPT in Australia