The Mohs scale was created in the first half of the 19th century by the German geologist Friedrich Mohs. Today, it is the best known method used to define the hardness of minerals. There are other hardness scales such as the Knoop, Brinell or Rockwell scales – however, these are much more sophisticated and are really for malleable rather than crystalline materials.

It is used by geologists because it is simple and straightforward to use. It is based on the principle that a substance can scratch another substance that is softer, but not the other way around.

It is important to keep in mind when using this scale that it is not linear. The minerals were chosen for their relative abundance, not their exact hardness, so the scale is a bit of a compromise. So, from calcite to fluorite there is a 25% increase in hardness, while from corundum to diamond the increase is 300%. So the jump in hardness between two minerals is variable. 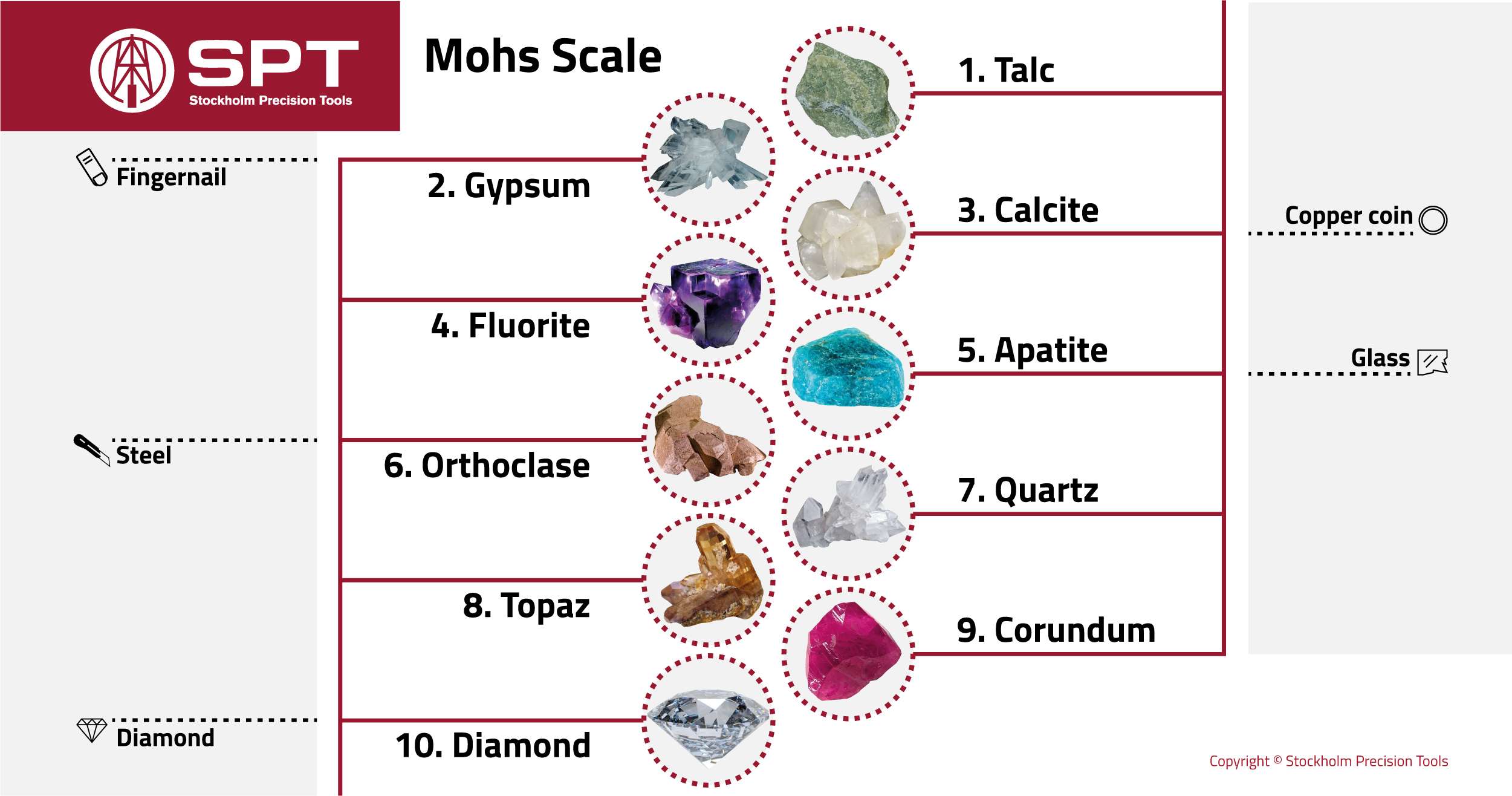 The Mohs scale is shown below, along with what can scratch each mineral:

Talc: easily scratched by a fingernail.

Calcite: scratched by a coin

Fluorite: scratched with a knife

Apatite: scratched with difficulty by a knife

Orthoclase: scratched by a steel file

Diamond: scratched by another diamond and scratches all the previous minerals

In the same way that Mohs establishes these minerals as a measure of hardness, there are other common objects which we can highlight: